I had the honor of being invited to attend the first meeting of this type which was made up of women leaders in the travel industry.  It was held at Le Blanc Spa Resort in Cancun and provided three days of intense meetings and discussions to help women business leaders succeed by sharing their stories and secrets of success.  Each evening, we enjoyed private dining experiences at three amazing resorts – Hyatt Ziva, Secrets the Vine and Le Blanc Spa Resort.  It was truly an unforgettable experience! 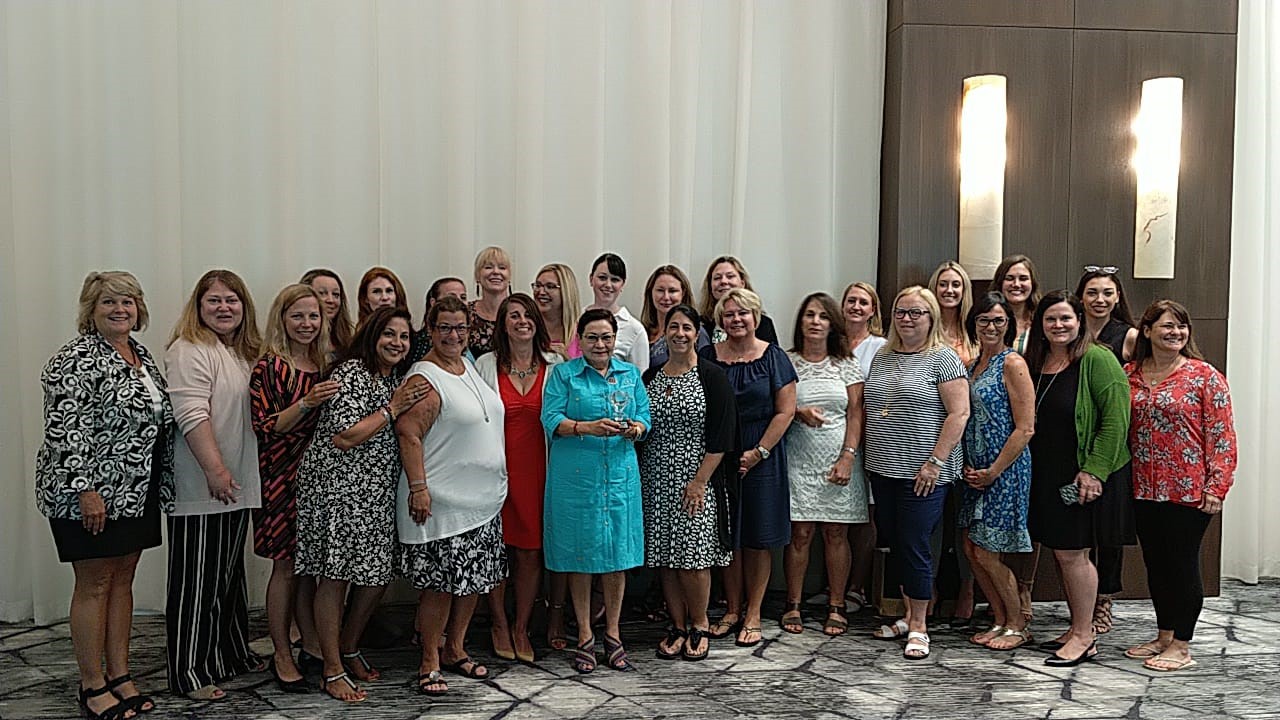 Below is a Press Release with additional information on the event:

The Female Leaders in Travel Conclave, which comprised of 23 travel advisors who hold key leadership positions at 18 travel agencies in the United States and Canada, and has a combined total annual sales of over $600 million dollars, held their first event at the Le Blanc Spa Resort in Cancun July 25-28, 2019., At their event, they recognized Grupo Lomas Travel´s Dolores López Lira with a Luminary Award for supporting female travel agents and travel tour operators for nearly 4 decades.

Sra. Dolores López Lira, General Director, Grupo Lomas received the first Luminary Award as an honored guest at the first ever Female Leaders in Travel Conclave from Jennifer Doncsecz, President of VIP Vacations Inc and creator of this conclave. The award was presented by the first ever all-female travel conclave to Sra. Dolores for her standout leadership on issues facing women travel leaders.

In an emotional interview conducted by Jennifer Doncsecz, Sra. Dolores López Lira described the tough business choices that she and her co-founder husband Joe Martinez had made over 38 years of running Mexico´s most loved DMC.  Going back to when it all began in 1981, in Acapulco, Sra. Dolores described how gender discrimination nearly cost her the chance to become a travel agency director.  However, thanks to her relentless drive and determination, she overcame gender related obstacles by opting to start her own business, eventually working her way to the top of the travel industry with the support of her husband José Martínez Alday.

During her address to the Female Leaders in Travel Conclave, Sra. Dolores described some of the business challenges that had tested her leadership principles.  Hurricanes Wilma and Gilbert were literally the perfect storms for an organization that specializes in hospitality, transportation, weddings and adventure experiences.  Her decision to allow many of the company´s employees to go and spend some time with their families outside of Cancun, on full pay, most likely saved the company from losing many of its valued employees.

For Dolores López Lira, putting people first is one of the key reasons why she believes that Grupo Lomas has prospered and remained united for nearly 4 decades. The company´s people centric vision has garnered several accolades for Corporate and Social Responsibility.

Receiving the award, General Director Dolores López Lira said; “The Female Leaders in Travel Luminary Award is the first time the role is reversed and she is a recipient and not a presenter of the GIVC Diamond Award given to travel professionals.  She went on to say that this further motivates us to create strong alliances and help women to develop their businesses in the travel industry.”

The Female Leaders in Travel Conclave brought together these 23 advisors from North America´s most successful female travel agencies.  Each attendee shared stories behind their success and offered learning tools as well as valuable business lessons they had learned in their personal development.

Despite their individual successes, the conclave was created to form a wolf pack approach that enables women to mutually support one another as the foundation to sustaining business leadership over the long term.

It remains clear however that women travel leaders face different professional and emotional challenges than men, who have a higher presence and dominate travel conglomerate boardrooms throughout North America.

Grupo Lomas is a unique destination management company founded in 1981 by Mrs. Dolores López Lira and Mr. José Martínez Alday. Based in Cancun, the company employs nearly 5000 people and has an extensive commercial network throughout Mexico, the United States and Canada. Grupo Lomas` core services include the award-winning portfolio of Dorado luxury hotels (Dorado Royale, Maroma, Casitas, Seaside), which includes the first over-the-water Palafitos in Mexico.